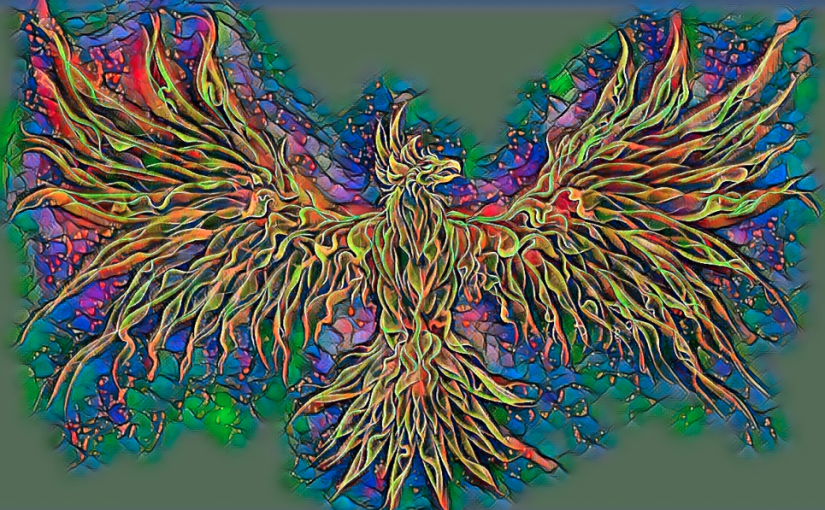 The Western Phoenix, often credited as originating from ancient Greece or Egypt, is a magical mythical bird who rebirths itself from the ashes of its predecessor. But just because Phoenix is mythical does not mean we have nothing to learn from Phoenix’s medicine. Phoenix is the symbol of rebirth, renewal, and eternity.

In Harry Potter and the Chamber of Secrets, Professor Dumbledore’s Phoenix was shown to periodically burst into flames and rebirth as a chick from the ashes. It’s not a completely inaccurate depiction of how the mythological bird reincarnates.

Phoenix’s rebirth symbolizes when we enter a new stage in our lives. Whether we’ve finally started turning our bad fortunes around, or are on our path to redemption from righting wrongs we committed in the past, we can start our lives anew with a blank slate from here on out.

Phoenix’s rebirth leads to renewal as well. When we begin the new phase of our lives, we feel refreshed, with a new sense of purpose stronger than we’ve ever felt before. Use that newfound determination to lead the life you were really meant for.

Life is a long journey. For Phoenix, who lives and dies again and again, it’s even longer. An eternity. Permanence.

We humans are unable to literally relive our lives as the same person over and over, not yet anyway. Instead, our eternity and our permanence is the legacy we leave behind. Let Phoenix guide you on what kind of legacy you would be proud of to leave behind.

Some also associate the mythical Phoenix with the zodiac constellation, Gemini. Among other things, people born under the Gemini sign are curious, adaptable, and quick learners. Obviously, these are great skills to have to take advantage of Phoenix’s medicine.

Those who are curious will seek out new knowledge to help in their lives after rebirth, reinventing who they are. Likewise, quick learning pairs well with renewed vigor after rebirthing, allowing one to apply newly learned skills to one’s recent life change and build one’s legacy. Finally, adaptability can help make the rebirth permanent.

There is a similar mythical bird in Eastern mythology as well, FengHuang, often just called the Chinese Phoenix. FengHuang were said to represent benevolence, honesty, knowledge, faithfulness, and politeness.

These virtues tie in very well with the Western Phoenix’s traits of rebirth, renewal, and eternity.

Benevolence and generosity is good to have after rebirth, selfish actions in a prior phase of one’s life might have led to the need to rebirth in the first place. Honesty to oneself leads one down the path of rebirth and redemption, honesty to others can be the result of proper renewal. Knowledge, in general, both lead to proper rebirth and successful renewal, and will help with attaining eternity. Faithfulness and loyalty to one’s new path aids in renewal and gaining a good legacy for permanence. Finally, behaving politely, respecting beneficial societal norms helps one integrate into society across all phases of Phoenix’s medicine.

Originally, FengHuang were two birds with Feng representing males and Huang representing females, but over time, their concept was eventually folded into a feminine FengHuang, so she may be paired with the masculine Chinese Dragon. FengHuang’s history of gender duality associates her well with the Gemini twins.